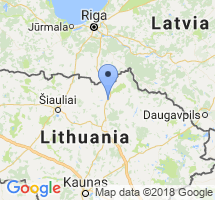 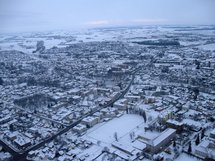 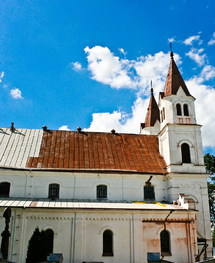 Pasvalys – the city is in northern Lithuania, Panevezys district, 38 km to north of Panevezys, in Musa-Nemunelis lowland. It is urban monument. There stands Pasvalys St. John the Baptist Church (built 1787) with the eighteenth century bell tower. Most of the city is on the right bank of the Levuo. In the Levuo lowland there are several mineral springs. In 1887, Riga Polytechnic Institute, Professor G. Toms found that their water is mineralized calcium sulfate salts, and is appropriate for treatment. There came a number of patients suffering from rheumatism, arthritis, chronic skin diseases. In 1923 doctor K Armonas inherited from the parents' home and in the second floor of it he set up a small sanatorium. At the same time like every year in Pasvalys were threating up to 200 people. Nevertheless, the town became a resort. There are 8 116 (2010) residents, the area is 7,22 km².