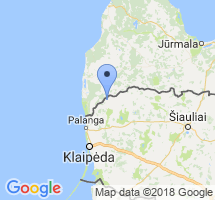 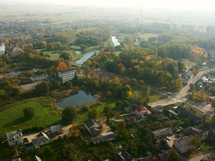 Skuodas - is the city in the north-western part of Lithuania. The district of Skuodas covers 911 square km area (1.4% of Lithuania and 18.4% of the county of Klaipeda territories), it is in border zone of the Lithuanian-Latvian. There are 7 150 (2010) residents. Most of the part of region isin the western part of the Kursas upland. The district is bordered to Mazeikiai region in the east, in the south - with Plunge the Kretinga areas. From the country' largest cities Skuodas is away: from Vilnius - 336 km, from Kaunas - 241 km, from Klaipeda - 75 km from Siauliai - 134 km, from Panevezys - 219 km. According to the administrative - territorial division of Lithuania Skuodas is owned by Klaipeda district. Administrative center of a district - is Skuodas city, occupying a territory of 5.96 square km.