Complex of 5 mounds in Sudargas 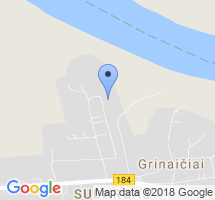 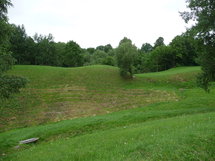 This little town is situated on a high downhill of Nemunas near the border of Kaliningradas district. The locality is also called Lithuanian Switzerland due to its exceptional beauty. The name of the town is derived from Lithuanian Duke Sudargas who had a castle situated on a high downhill. However, it was burned down in 1317. Despite this fact, one settlement has remained.

Today this city is unique because of complex of five mounds, Sudargas, Burgaičiai and Grinaičiai which are spread along the river Nemunas and recalls the times of Teutonic Order. The mounds are dated to I-II beginning of millenary. This is the most important complex of mounds after mounds in Kernavė taking into consideration history, archaeology and culture of Lithuania.

Sudargas was Lithuanian centre of defence while fighting with Teutonic order as well. The complex of mounds was explored in the years of 1955 and 1970. Valuable founds are preserved in Lithuanian National Museum. In 2007 exploratory digs were accomplished there.

Currently the mounds are being restored and uncovered from thick flora and trees, so they are suitable for visiting.