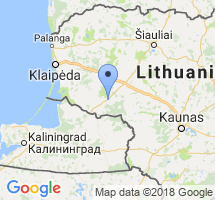 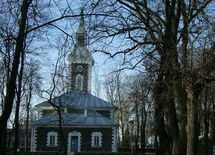 Taurage – is teh city in western Lithuania, in Karsuva lowland, on the left bankof the river of Jura. It is the district and Taurage municipality center. Population is 26 444 (2011) the area 16 7 km ². City is located on the left bank of the river Jura. In the city the river is dammed, the river is crossed by two bridges - Taurogenas and rail), 102 km to southwest of Siauliai, on the river bend, on both sides of highway Riga-Kaliningrad. In Taurage castle tehre is the Confluence Museum, Creative Learner Centre (MCC), in one of the towers of the castlethere is located photo gallery. Nera Taurai, on the right bank of Jura there is Taurage manor and the park.