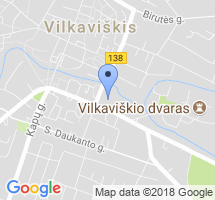 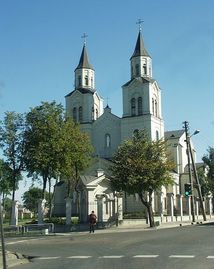 It is the newest cathedral in Lithuania. With the financial support from parish people and the government a Blessed Mary the Virgin Visit's church was built in Vilkaviskis in 1870 - 1881. In 1926 Vilkaviskis became a bishopric centre, whereas a parish church was turned into a cathedral. In 1944, when Germans were retreating, the cathedral was not destroyed, only broken-down. However, from 1950 through 1954, under the initiative of the government, it was taken to single brick pieces; it was leveled with the ground. Only in 1989, at the beginning of the National Revival, the diocesan cathedral was allowed to be restored from the financial support of the believers. For the first time High Mass was celebrated in the unfinished cathedral in July 1997, commemorating the 300th anniversary of Vilkaviskis coat of arms.