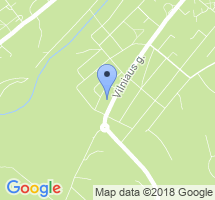 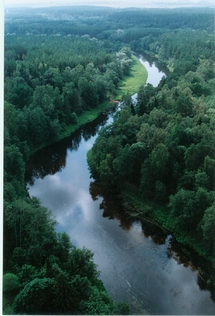 The Anykščiai pinewood. It was declared a landscape reserve in 1960. The pinewood area takes up more than 1800ha. Its relief is various and complex: hills, gullies, slopes of the Sventoji riverside carved with deep canals. Small streams, named- the Marciupys, the Piktupis, the Vingerkstyne, flow down these canals to the river Sventoji. There is a small lake lying in the southern outskirts of Šilelis. People call it Budragaidis (A vigilant cock), because there is a legend about a vigilant cock of a very cruel master, hardships of the serfs and the estate that was finaly swallowed up by the earth. The lake has stretched in its place.