The old post-office in Utena 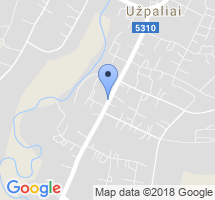 The old post-office in Utena is the oldest brick building remained until today. It is the first-class complex of horse-post station with small basements built according to exemplary project in Tsar times (1833 – 1835). The post station function ed as post services, horse exchange stations, barracks, there also were rest rooms for travellers and those who were waiting for coaches.

At that time, just after the road was opened, the Russian Tsar Nicholas I with his son Alexander as well as Russian painter Ilya Repin visited Utena Post Office. In 1843 the famous French writer Honore de Balzac exchanged his horses at Utena Post Station. The basement of the Post Office survived until now and the gallery of art is open there. The buildings were restored and the School of Art for children was established in them.