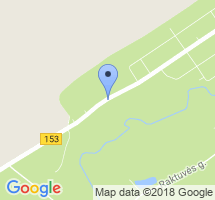 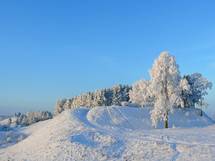 The mound of Zvelgaitis – the most spectacular part of the ridge. The mound is named after the famous Lithuanian Duke Zvelgaitis, whose name was mentioned in 12th – 13th century documents. It is thought that the castle of Duke Zvelgaitis stood on the mound. Legends say that there was an underground tunnel joining the mounds of Zvelgaitis and Raktuve.
The mound of Zvelgaitis is situated on the left hand side of the river Svete and on the southern side of the road to Akmene. The length of it is about 830 meters and the height is up to 20 meters in some places.
During excavation work archeologists discovered the remains of a wooden house and surroundings walls dating from the 13th to 17th centuries.