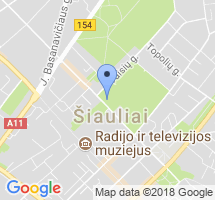 The intersection of Ausros alley and Kastonu Alley, Šiauliai, Lithuania 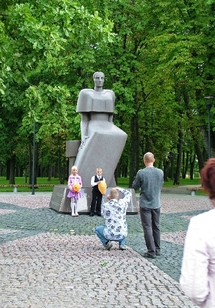 A new sculpture entitled Dawn by D. Matulaitë was erected quite recently. The idea that was born two decades ago and received quite opposing opinion became a reality in 2003. The sculpture symbolizes the Aušra (Dawn) Movement a political and literary group of Lithuanian intellectuals of the 1880s - 1890s. They used to publish a magazine called Aušra (1883-1886), and the organization was named after it.