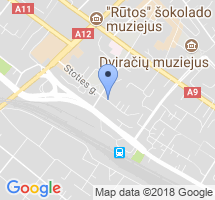 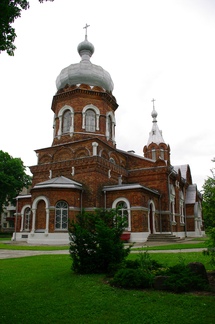 The church is situated in the central part of the city, next to the railway station. The church was built in 1908 with money allotted by the authorities of Tsarist Russia. In the beginning, it served as a church of the Russian Army, but when the Russians retreated, the Germans turned it into a warehouse. Following the retreat of the German troops in June 1919 the church was renovated and ordered to be used for the spiritual needs by the Rev. Martynas Jonaitis, the chaplain of the 3rd Infantry Regiment of the Lithuanian Army.

On 6 June 1999, the church was consecrated and given a title of St. George the Martyr. There are several works in the church by a painter J.Janulis, a painting of St. Zita by P. Kalpokas and wooden statues of saints.