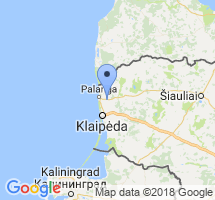 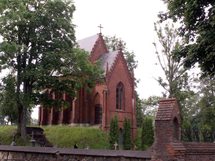 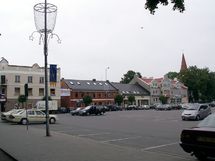 Kretinga – is the city in western Lithuania, in the Zemaitija, at the crossroad of E272 road Siauliai - Palanga and KK218-KK168 Skuodas - Klaipeda, 11 miles east of Palanga and 21 km north-east of Klaipeda. There are 21 175 (2010) residents. Kretinga municipalities of rural neighborhoods, the Catholic and Evangelical Lutheran parish center, district of Kretinga. This is one of the oldest cities in western Lithuania, Urban monument. Kretinga is located in coastal lowland, through the city from north to south winds Akmena, dividing the city into two parts, connected by four bridges. City Centre, from the northern part of appointed Pastaunyko (St. Anthony) seperates the stream, ponding wich the ponds formed. Jaurykla is crossing the southern border. The larger part of the city lies on the eastern shore of Akmena. Here is a municipality, town square, Kretinga cultural center. In the northern outskirts of the Tiskeviciai palace, there is a museum with Kretinga Winter Garden and Park.