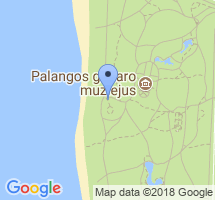 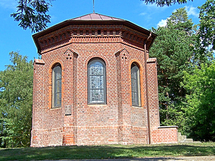 This relict dune, as the highest dune at the seaside of Palanga, is mapped in the large maps since XVII c. The name of Birutė’s hill is linked with a romantic story of priestess Birutė, who married to the Grand Duke of Lithuania Kęstutis and gave birth to Vytautas, the most famous Lithuanian Grand Duke. In 1989 the archaeologists found the evidences of a pagan sanctuary and observatory, which had existed on the top of Birutė hill in XIV-XV c.In 1869 a chapel was built there according to the project of architect K. Majer. In 1976 stained-glass windows were arranged in this chapel (author L. Pocius). At the foot of the hill there is a sculpture “For you, Birute” (sculptress K. Tulienė, 1965).