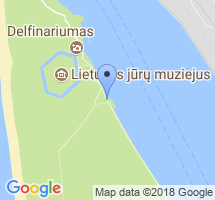 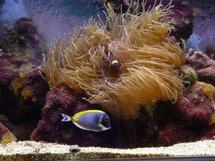 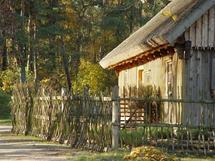 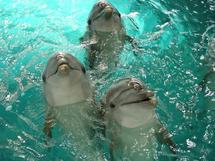 Get to Know the Mysterious Water World!

Grounds of Old Fishing Vessels
• The medium trawler Dubingiai was built at the Baltija Shipbuilding Yard in 1961. Permanent exhibitions are on display in the hall equipped in the ship‘s holds.
• A steel trawl-boat (PTB-7167) built in Germany in 1954.
• The small fishing trawler Kolyma built in Finland in 1949.
• A kurėnas, a flat-bottomed sailing boat used by the Curonian Lagoon fishermen in the 19th–20th centuries.

Ethnographic Fisherman’s Farmstead
The complex of an ethnographic fisherman‘s farmstead was built in 1979 based on the remaining samples of old fishermen‘s farmsteads and other buildings in the Palanga–Šventoji seaside range. The farmstead consists of a dwelling house, a cattle-shed, a garner, a bathhouse, a cellar and a smoking-house. The items displayed there include old fishing tackle, parts and models of sailing boats, and shipbuilder‘s tools. Info terminal presents intangible heritage of the Curonian Lagoon area.

Aquarium
Prussian fort dating back to late 19th century hosts aquaria of Lithuanian freshwater fish, as well as fish from the Baltic Sea and tropical seas. The central tank houses sturgeons from the Caspian Sea. A modern exhibition of sea fauna presents impressive collection of shells and corals, tells the history of life development at sea, and surprises visitors with a display “Predatory and Dangerous Sea Animals: Myths and Reality”.