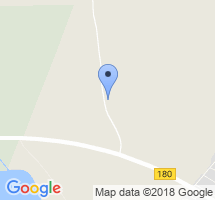 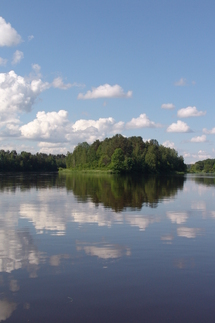 In the beginning of this century young people of Druskininkai would come over to the Love Island in River Nemunas. At midnight, girls went to the left shore of the island, and the boys – to the right. Then each of them put a wreath with a lit candle in the river, and every wreath had its owner’s name. At the furthest point of the island, where the river’s currents met, the wreaths met too. People watched that process from their boats and loudly congratulated the new “happy couples”.

From the book „Baltų pasaulėjauta ir lietuviška savimonė“, 2000
© A. Žarskus
© Vydija
In the 3rd decade of the last century using the bridge over river Nemunas visitors and local people could reach the Love Island, where at that moment used to be a popular beach. Nemunas had brought a lot of sand from Pervalka and laid it on the right side of the island. The left side at that time belonged to Lithuania, the other – to Poland. Soon enough the island had changing-rooms and lockers. A small bridge connected the resort to the island; there also was a steamboat to bring people to it. The beach on Love Island was open till 1935.