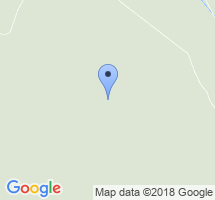 Raigardas Valley is a scenic preserve (14 km from west to east and 4 km from north to south) and is located 9 km outside of the resort driving on the Gardinas Highway.
There are many legends and stories about Raigardas. It is said that a long, long time ago here stood a large city, later swallowed into the earth. From time immemorial it was believed that the pines in the Raigardas Valley watering hole along the higher dry slopes were sliding into an abyss. The valley grew larger each year. The Raigardas pit was begun when in our language, cities were called “gardas”, and swamps were “rajos”. From these two ancient words of our language arose Raigardas. The Raigardas Valley was proclaimed a scenic preserve. At the bottom are wide meadows from which rise dunes from old riverbeds. The Raigardas Valley is preserved as a rare earth structure, formed relatively not long ago (5,000 years) and is still in the process of formation.