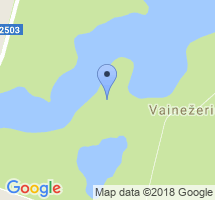 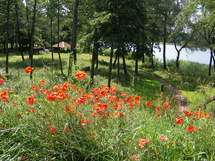 Vainežeris defensive fortification, also known as Okopka, is situated on the southern lakeshore of Ančia. It was set in 17th -18th century. Supposedly it functioned as an army camp during the fights with Swedes. The Vainežeris park 200 years ago was planted by people. Its total area covers about 10 ha. The park is divided in two by lake Vainežeris. The western side of the park has lots of open spaces separated by bush or tree groups, and the eastern part is covered with trees, with distinctive impressing alleys. There is a Museum of Trees close to the park.
Value Cultural monument of the Republic of Lithuania.