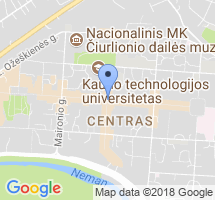 When you‘re visiting Kaunas, make sure you visit one of the most prominent areas of the city - Liberty Avenue. It is not only a favorite place for tourists, but the culture center of the local residents . 1919 February 16, for the first anniversary of Lithuania's independence, the central city street named Liberty Avenue (the godfather - Kazimieras Oleka lawyer). Length of the avenue – 1621 m. This is the longest pedestrian street in Eastern Europe. Avenue pride - 567 lime trees, planted by the city residents themselves. The mall connects the old and the new part of town. Its beginning and end shows exactly east and west directions. There are plenty of favorite cafes, bars, restaurants and shops.