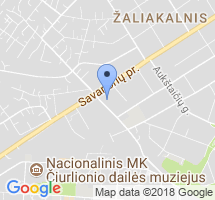 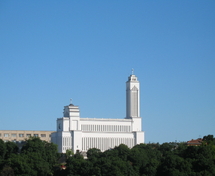 It is the biggest basilica-type church in the Baltic states. The church was built in 1932–1940. After Lithuania proclaimed independence in 1918, the idea to build a church as a symbol of thanks to God for regained freedom arose in Kaunas, which was the capital of Lithuania at the time. Construction was stopped by the Soviet occupation. The building was confiscated and used as premises for the Radio factory after the war. In 1990 the church was returned to worshippers. During the restoration of the church, some changes were made in the project. The space in the church is in the style of a basilica with three naves. The architecture is monumental and laconic. The tower is 70 meters high. Visitors have the possibility to go to the observation deck on the church roof to enjoy the panoramic view of the city.