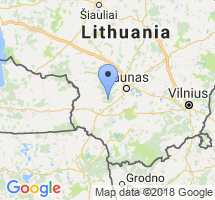 Kazlu Ruda – is the city in Lithuania, Marijampole district, 27 km to north of Marijampole. There are 6 950 (2010) residents. The city from east to west is crossing the railway, dividing the city into two almost equal parts. Over the railway in 2006 was open the most modern pedestrian overpass in Lithuania. In the northern part of the city there are many office buildings, a hospital, in the Southern there is forest museum, the park of Kazlu Ruda. Almost all the city is surrounded of the Kazlu Ruda forests, in the southeast of the city there is founded a public reserve of the landscape of Kazlu Ruda.