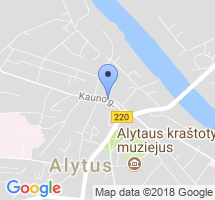 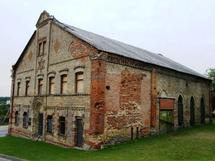 Alytus Synagogue, built in the beginning of the 20 century, operated until the Word War II. During the post-war period it was transformed into a warehouse of salt and manufacturing premises. Later an attempt was made to establish a workshop of electrograph, but the community of the city protested. At the moment the building is closed. Next to the Synagogue there is a former rabbi's house. These two buildings compose a complex.