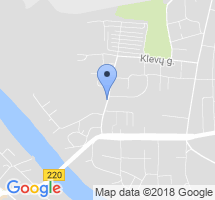 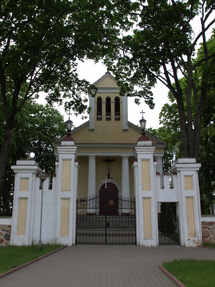 St. Louis’s Church (Panemuninkeliu Str. 7, Alytus). The first time Alytus as the township was mentioned in the Jonas Zabzezinskis writing in 1524 where he says that he gives the capital for the Alytus church establishment. The church was built in the same year. The first wooden church was called St. Jonas Baptist church, The Virgin Maria Assumption church and St. Nicola’s church. After the church burnt, in 1818 a new stone church in classical style was built next to the old church. In the honour of the priest Liudvikas Kaminskas, the initiator of the construction, the church was sacred to the memory of St. Louis. Today this is the oldest church of Alytus that still has a ringing XVII century found bell. A canvas of St. Louis painted in XIX century also remained to this day.