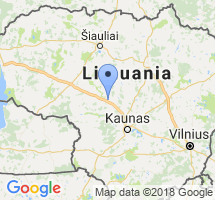 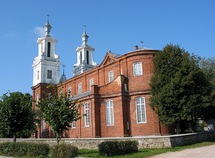 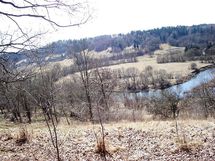 Ariogala – is the city of the districtof Raseiniai, 31 km southeast of Raseiniai, on the left bank of Dubysa, near the old highway of Zemaiciai, in the ridge of Ariogala (90-100 m above sea level). It is the second-largest city in the district. The ward of Ariogala city is the center of the districts wards. Ariogala city ward area is – 482 ha, from wich 41 proc. built, 25 proc. covers a variety of stands, 13 proc. – agricultural land. The remaining area has water and multi-purpose areas. The town has two beautiful parks. Nearby, the former estate of Cėkuvos is remained the old Manor Park. There are 3 332 (2010) residents.

Ariogala parish – is one of the oldest lowlands in Zemaitija. It is believed that the first wooden church was built here about 1416 y. Ariogala from the sixteenth century was the royal parish center, and from 1560 the town had a parish school. In 1640 Ariogala was first given the right to hold markets and fairs.

Visiting Ariogala it is nesseccary to visit Ariogala not-baroque two-towers St. Michael the Archangel church, which in 1939 raised in the same spot where stood the old, in the beginning of the First World War, the burned church. In Ariogala, in the old town cemetery is the famous archaeologist, artist, ethnographer T. Daugirdas (1852-1919) chapel.

On the old highway of Zemaiciai, running from the Ariogala to Raseiniai, dropped into the valley of Dubysa, in the slope of it you will see poles of Gediminas. They are made of concrete cast on the surface of the slope in 1937, construction of highway from the provisional capital Kaunas to Klaipeda. At the uphill you could see it from a distance 5 m height and 3.5 meters wide, so close to the heart symbol of Lithuania. During the Soviet columns were poured by ground. But once again pronounced contours of the monument - even over the summer grass gasped and all the people could see this sign. Then the slope was forested. In the summer of 1988 residents of Ariogala unearthed poles, then reclaimer promoted, and it looks as if they spranged from the earth.