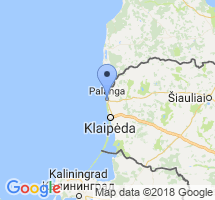 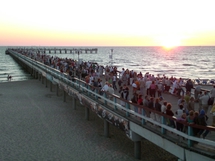 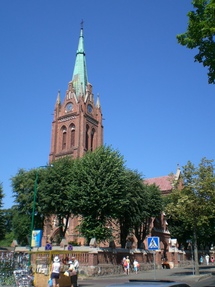 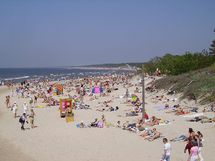 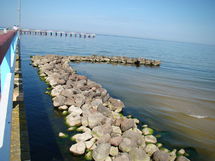 Palanga – Lithuania city by the Baltic Sea, town of Klaipeda County, 25 km to north of Klaipeda, the municipality of Palanga and twentieth of the population quantities city in Lithuania, and climatic and balneological resort. There are 17 642 (2010), the area is 10,976 km². Palanga municipality includes the settlements of Palanga, Sventoji and Butinge. Through the city towards the west flows river Raze, over which were built even 10 little bridges. The western edge of town surrounded by the Baltic Sea, there are many beaches. In the north of the town Sventoji enters the Baltic Sea. On the way from the center of Palanga to Sventoji toward at Kunigiskiai is Palanga Airport. Palanga also has a racetrack.
Palanga - is Republican climatic significance, balneological and mud therapy resort. There are plenty of sanatoriums and health centers, hospitals (Palanga, rehabilitation, Seamen' Hospital Rehabilitation Center). The most important therapeutic factors - body toning and hardening the climate, intense solar radiation (during the warm season there are more sunny days than anywhere else in Lithuania) and cool sea bathing, small, medium and high salinity waters, therapeutic mud. There are treating nervous system disorders, cardiovascular, gastrointestinal and non-locomotor, and atherosclerotic hypertonic and respiratory diseases. There are always running convalescent and rest homes.