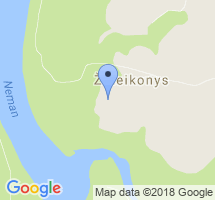 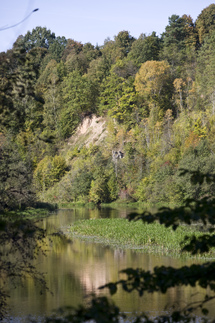 Rock is situated in front of the confluence to the two most beautiful rivers of Birštonas Municipality - Nemunas and Verknė.  Since old times this unusual spongy rock of sand, gravel, pebble and boulders of the height of 6m has been referred to as a stove of goats because the hinds, which by the locals were called goats, from the surrounding areas were fond of climbing and taking the sun over there. Rafters also came to like that place. Every year they used to bath in the water of the Verknė River those who were drifting rafts for the first time. In 1984, the rock was declared a geological nature monument.  The best view of rock is visible when sailing in the Verknė River.