Places to watch the birds in Birštonas 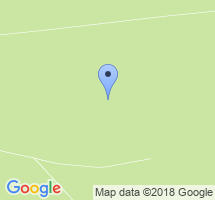 Four stable sand islands which compose the area of 2.3ha in Nemunas islands zone starting from 1.4km beneath Prienai bridge and stretching down the river for 3,9 km is the zone where the colonies of several hundreds of garrots, common mergansers, mallards stay, the colonies of several thousands of black-headed gulls hatch, common and little terns, common sandpiper, little ringed plovers, common redshank nestle. In the second part of the summer when the huge areas of the sand and mud appear, the migration of sandpipers begins, thus giving an opportunity to see almost all kinds of sandpipers known in Lithuania.
Troops of various kinds of ducks and swans gather in these places in autumn. Northern pintails, northern shovelers, gadwalls, tundra and whooper swans can be met among these birds as well. Birds of prey, such as sea eagles, black kites, ospreys, peregrine falcons can be seen during migration periods that come here for a short period. The most convenient site to watch the birds is the road Prienai-Rūdupis on the left side of the Nemunas river.