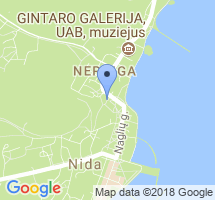 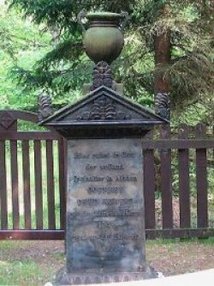 Curonian Spit scenery was particularly influenced by natures anthropogenic activity phase. XVI and XVIII centuries have seen the destruction of the forests on the Spit along with implicit scenery formed over 5000 years ago. Greening land of the spit was turned into barren sand. This period was particularly hectic. There was no war that has not passed through this land. Particularly hurtful was the Seven Years' War. At that time, new settlers and local people cut the forest mercilessly. Abundant timber resources, good quality pine attracted castle and shipbuilders and merchants. Doom of forest began in 1757 when the Russian army entered the spit, and began to build wide-bottomed galleys in Liepaja and Klaipėda. Over the years, the landscape has changed beyond recognition, particularly the middle part between Juodkrantė and Rasytė. After destruction of forest further disruption of natural basis continued by the wind. Soon bald land turned into barren sand, bringing demise to the population itself.

Feeling the impending death, local population of the late seventeenth century started to correct their errors and by nineteenth century re-created environmentally healthy, aesthetic landscape. In year 1800 the Prussian government ordered to do everything possible to save the settlements on the southern part of the Spit, and it was assigned to experienced in such works senior dune inspector of Danish origin Sioren Bjorn (1744-1819), which a few years ago has issued a Memorandum "How to protect the Spit from sand blizzards by taking care of and greening the dunes”. Biggest merit of Bjorn was that he began to build a protective coastal mound. During 20 years he added 20 kilometers of protective barrier dunes.

In the first part of nineteenth century postal station chief David Gottlieb Kuwertas with his son Georg started planting trees on the Spit. It was difficult grow a tree in the dead sea of sand. Until the protective embankment strip was formed along entire coast seedlings again and again got covered up the sand. Both Kuwertas built wind shields on the western part of the road, and planted drought-resistant plant species. Born and raised here they were well aware of Nida's surroundings, and primarily dangerous places to be greened. For soil and seedling fertilization they used horse manure accumulated in huge reserves at the postal horse yards. The forest they planted saved Nida and prevented the post road from sanding.

Both Kuwertas buried in the old cemetery of foresters in Nida. People of the town immortalized father and son struggle with the sand putting up a cup form monument on their grave. Their gratitude on the monument reads in Latin "... who’s son Georgas Dovydas Kuwertas Meloviškis, who died in 1856 first began to sprout forest trees in a sad barren of Nida. The monument is located at the end of the G. D. Kuwertas street (on the the right side of Klaipeda-Kaliningrad road).