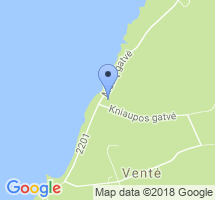 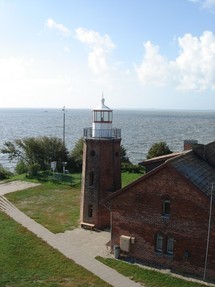 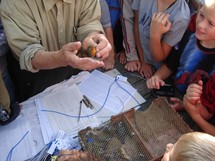 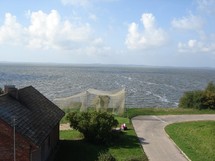 Ventė horn is the most wandered away western point of Šilutė region. In its tip for more than a hundred years (1863) there is a working lighthouse. Vessels and rafts this place was particularly dangerous. Until the excavation of King Wilhelm Canal, which brought together the Nemunas with Klaipėda, a lot of the ships were crashing here. In Ventė horn in 1929, prof. Tadas Ivanauskas founded a bird-ringing station. Here in seven catchers birds that were caught and ringed, subsequently were detected in Iran, Egypt and even in South Africa. In Ventė horns ornithological station operates a museum. In 1999, Ventė hold a short film festival "Networks", in which the famous director Peter Grynavėjus was present.

Ventė horn is wrapped by legends and some real events. In 1360 y. in Ventė the Teutonic Order built a castle, which secured the water way to Nemunas. However, the castle was washed away by the Kuršiu sea waves and tumbled into the water. Even though the Ventė castle is under the water it still remained famous and it is marked on the map.