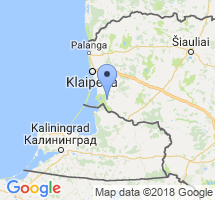 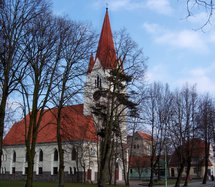 Silute – is the city in the western part of Lithuania, coastal lowland, Klaipeda district, near the lagoon, and 8 km from the island Rusne. There are 20 809 (2010) residents. The city is located 50 kilometers south of Klaipeda. Silute is the seacoast region, Silute district and parish center, and the direction of the Nemunas delta regional park. Sysa river is flowing through the city. It is urban monument. In the city center there is Silute Evangelical Lutheran Church (to the top of the tower height is 50 meters, the tower and three bells and the town clock, striking every 15 minutes), as well as near there is the soldiers' cemetery. Near the railway stands at Silute St. Cross church (built in 1854), in the city there is Silute Michael the Archangel chapel, the Old Believers community. By the river Sysa - remained H. SOYO manor palace.

The official date of the city - the last Saturday of the month of May (the city' birthday) every year in late spring is celebrated Silute' city festifval. It marks the date when in the pinewood in 1511 was founded first pub. The festival takes place at the Cultural and Entertainment Center. It is very important for Silute spring festivals, which attracts many visitors from Lithuania and abroad: a lot of guests come from Germany. Silute tourism and business information center: www.silute.lt